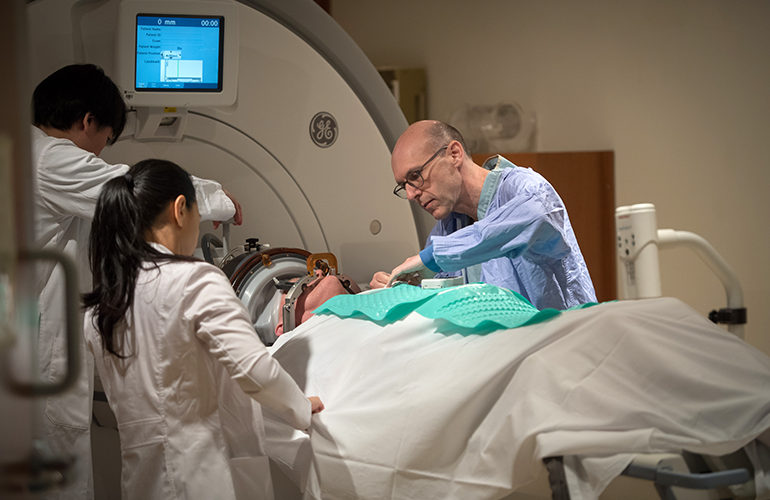 The blood-brain barrier prevents almost all potentially therapeutic drugs from passing into the brain. This has been a major roadblock for clinical neurology, but we may have a solution, perhaps a partial one, in the form of focused ultrasound. The first Alzheimer’s patient has just been treated using ultrasound to open up the blood-brain barrier in his brain. Though no drugs have been administered, the researchers are evaluating the safety and effectiveness of the technique on such patients. Previously, only chemo agents have been delivered into the brain by opening the blood-brain barrier using ultrasound, but if this study goes well the next step will involve drug delivery.

The researchers are using using an Exablate Neuro system from Insightec to deliver low frequency ultrasound into the brain. It’s already used in the U.S. to help control essential tremor and in Europe for a number of other neurological disorders.